Who Is Total Victory Outreach? 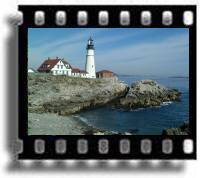 Born in Portland Maine in 1950, Bill spent his elementary school years in Arlington, Massachusetts, a suburb of Boston. In 1963, his family moved back to Gorham, Maine, about 10 miles from Portland, where he spent his high school and college years.

After graduating from the University of Maine in 1972 with a BS in Education, he moved to Burlington Vermont where he taught Industrial Arts for the next seven years in a nearby high school. In 1974, after developing an interest in the paranormal, UFO’s and a curiosity about the second coming of Christ, Bill was introduced to the concept of a personal relationship with Christ through the books he read. Following a time of diminished faith, in 1983 he moved to Northern Maine’s Aroostook County to resume his teaching career.

While attending a little storefront church there in Presque Isle, Maine he was confronted with the concept of Victory by faith in the creative Word of God. There he learned that God creates and sustains His creation by His Spoken Word.

Life would never be the same, as he learned to overcome the forces of darkness by God’s Word. It is this thrilling ability of the believer to personally Rule and Reign over darkness, daily, in Christ, that has motivated him to share this message with everyone he meets. By learning the Word of God and how to agree with Him in prayer, we are engaged in on the Job "Training for Reigning” with King Jesus.

...those who receive the abundance of Grace, and the Gift of Righteousness,

shall Reign in Life through the One, Jesus Christ